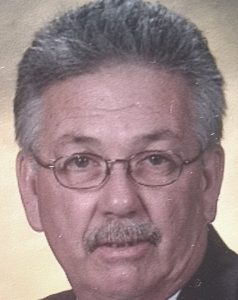 David was born on Jan. 1, 1950, to Floyd and Marilyn Brown Meyers in Hannibal, Mo. He was married to Paula Wilson on June 17, 1972, at the First Baptist Church of Palmyra. She survives.

David was preceded in death by his father and his sister, Teresa Thompson.

David was a UPS delivery driver for 30 plus years and then drove for Hassard Elevator in Monroe City, Mo.

He proudly served in the United States Army.

David was very passionate about sports, especially watching and cheering for his grandkid’s football, basketball, baseball and softball games. He rooted for the Cardinals, Chiefs, Northwest Missouri State and K-State football.

David coached several athletes through the years and was known for his “cheering” and enthusiastic “encouragement” of his players.

He loved the rivalry between the Palmyra and Monroe City High School teams and had a special place in his heart for NEMO Jays softball team and the Mississippi Valley men’s fastpitch softball team.

The most important thing in his heart was his love of family and spending time with them.

David was Lutheran by faith.

Visitation will be from 5 to 7 p.m., Monday, June 29, at Lewis Brothers Funeral Chapel.

Memorials may be made to the Palmyra Athletic Booster Club.

Online condolences and video tribute may be viewed at www.lewisbrothersfuneralchapel.com.