Three of the four requests for CARES Act funds were approved while the fourth was tabled.

The Lemons and Lynn Dentist office in Palmyra, the Hannibal Free Library and the Marion County Fair were given approval for their requests during the regular Marion County Commission meeting Monday morning, at which the commissioners also learned of a grant and reviewed current sales taxes.

While those three were approved, the commissioners tabled a request for funds from the Ralls County Water District until it could be determined if that entity had also requested funds from Ralls and/or Pike counties.

The commissioners also questioned Ken Disselhorst with the Marion County Fair, noting a meeting between the fair committee and the city of Palmyra was scheduled for Monday which could alter the fair’s plans.

According to Disselhorst, if plans changed, the amount requested would also change to cover just whatever the costs would be for the livestock portion of the fair.

The commissioners will continue to review and approve or reject applications as they become available. Applications may be found on the county’s website and may be turned into the county coordinator’s office.

In other business, Teya Stice, county coordinator, reported the county had received a $15,378.15 Emergency Preparedness Grant from SEMA.

Those funds pay for a portion of the salary of John Hark, county emergency manager, as well as other small items, Stice said.

County Clerk Valerie Dornberger presented the latest sales tax figures for the commissioners to review, noting that with the exception of local use tax, all tax funds are up.

In his report, Mike Schaefer, county road supervisor, said his department is currently working on dust control, and once that is completed, black topping will start.

The commissioners also approved a flood buyout property lease to Gentry Holdings FRLLP for 10 years at $25 a year.

Stice also reported she had ordered some air purifiers, but will be ordering more so each courthouse will have five. 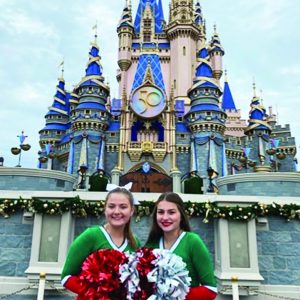