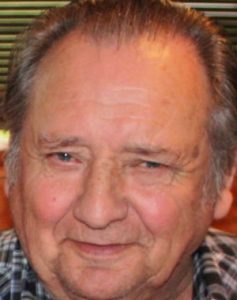 Dick was born Oct. 18, 1936, to Raymond and Ruth Frankenbach Gottman in Hannibal, Mo. He was married to Carol Ann Sharkey on Sept. 7, 1957, at the Zion Lutheran Church in Palmyra. She survives.

Dick was preceded in death by his parents and his infant son, Troy Gottman.

Dick was raised on a farm, and his love for the country was always evident.

He attended Clear Creek School and graduated from Hannibal High School. His sweetheart and later wife lived just down the road from where he was raised.

As a young man, Dick was ambitious and a hard worker.  At one time, he drove three milk routes, including Midland Dairy. He had a water hauling business, farmed, milked cows,  hauled propane for Farmers Co-Op, spread fertilizer and lime, drove a school bus for Palmyra schools, and co-owned and operated Countryside Gas Supply in Palmyra.

One of his favorite enjoyments was buying and raising Simmental cattle with his brother, Wendell.

Dick was a family man. He loved his wife, children, grandchildren and great-grandchildren.

He enjoyed dancing at the Farischon Hall and at the Moose Lodge, taking car rides to look at the crops of farmers he knew, buying and selling antiques, driving his ‘59 Ford Fairlane and playing cards.  A great cook, his family will always remember his much enjoyed and requested macaroni and cheese, and spaghetti and meatballs, made with his own recipe.

He frequently enjoyed visiting with family and friends.  He was a great source of information. He knew a lot of people and could remember their family history, where they lived and other details about the community.  He will truly be missed by his family and friends.

Visitation will be from 1 to 2 p.m. Monday, July 20, at Lewis Brothers Funeral Chapel.

Memorials may be made to Marion County 4-H.