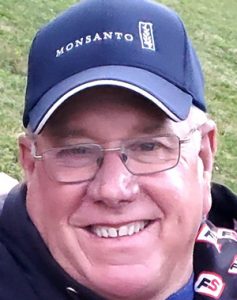 Steve Weaver achieved his purpose to be with his Savior on the afternoon of Wednesday, July 15, 2020, surrounded by his family.

A lifelong farmer, Steve believed in planting seeds, but the seeds that he planted with the most conviction were those of his faith and love in Jesus Christ. He cherished each and every season as they came and went with his wife, Caryn.

He was preceded in death by his father, Harley L. Weaver; mother-in-law, Mary Joy McWilliams; and brother-in-law, David Millen.

His children truly extended far beyond his own four, with nieces and nephews that number strong and cover the country.

He had a strong work ethic which he never waivered on his entire life. An avid Clark County R-I Indian fan, he loved not only time with his family, but traveling to as many games, events or opportunities to be with them, and he found no greater peace than time spent at his farm and family cabin.

Steve was a faithful member and deacon of the Amazing Grace Bible Church in Kahoka.  He was a former Clark County R-I School Board member and was on the board of Clark Mutual Insurance.

He was a former employee of Green Valley Seed and since July of 2006, was employed by Prairieland F.S. where he was the agronomy area manager.  He was weeks away from retirement and had looked forward to many projects he had planned.

As a farmer, Steve knew that the seeds he planted needed attention, cultivation and harvest. The beauty of his passing is that he was ready for his own harvest, and those seeds of faith and love in Christ have been passed on to his family.

A Celebration of Life was held Sunday, July 19, at 1:30 p.m. at Wilson Funeral Home in Kahoka with Pastor Dean Tomlinson officiating and Mr. Paul O’Day, eulogist.  Special music was “Almost Home”, “Well Done” and “Amazing Grace, My Chains Are Gone” recorded by Mollie Weaver. Burial was in the Anson Cemetery.

Memorials are suggested to Amazing Grace Bible Church, Anson Cemetery or to Caryn Weaver for a fund to be established in Steve’s name in the field of agriculture.