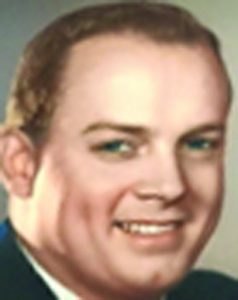 Richard was born on Feb. 25, 1942 in Hannibal, Mo., to his parents, Robert and Virginia Lugering.

Richard owned a janitorial supply distributorship.  He retired in 2012 and dedicated his remaining years to family and St. Louis Cardinals baseball.

Richard was an active member of All Souls Catholic Church in Sanford, Fla., where he enjoyed volunteering his many services to the church.

He is survived by his spouse, Suzanne Lugering, Debary; his daughter and son-in-law, Jennifer and Vincent DeAndrea, Orlando, Fla.; his two sons, John and Paige Lugering, Debary; and Stephen and Emily Lugering, Wentzville, Mo.; and six grandchildren.

He will be remembered as a loving husband, devoted father, beloved grandfather and friend to many.  He was a man of strong faith who has never met a stranger and who will be greatly missed yet live on in our hearts.

A funeral mass will be held at 10:30 a.m., Thursday, Aug. 27, at All Souls Catholic Church, Sanford, Fla. The family invites you to leave a message of condolence on the tribute wall created in his memory at DeGusipe Funeral Home, Sanford.

A visitation will beheld Wednesday, Aug. 26, from 4-7 p.m. at DeGusipe Funeral Home.

Memorials may be made to Halifax Health Hospice in Orange City, Fla. or All Souls Catholic Church in Sanford.