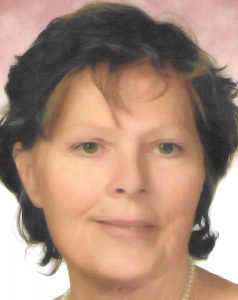 Dena was preceded in death by her grandparents; and two infant sons, Samuel and David Elijah.

Dena attended Jefferson City public schools. She graduated college from Linn State with a degree in design drafting.  She started her career at Gardner Denver, Quincy, Ill., as a drafter. She later chose to use her education to home school her two sons.

Dena was spontaneous and full of life.  Her positive outlook on life was an encouragement to those who knew her. Dena lived to serve others; evidenced though the passion she showed in various children’s ministries, visiting nursing homes and hospitals, sharing her balloon art and often dressing up as a clown.

Dena was known to “appear” at her place of employment, Culver-Stockton College, dressed entirely as The Grinch or a Yeti.  She would also dress up for family gatherings, as well as doctor appointments to cheer up her doctors and the other patients.

Dena was considered the “fun” mom and aunt. She was the “go-to sister” to her siblings.

She was proud to belong to Jesus and never hesitated to share God’s message with those she met. Dena was devoted and faithful to her friends and family. Dena will always be remembered for the happiness and joy she brought to others.

Funeral services will be held at 10 a.m., Thursday, Sept. 3, at Lewis Brothers Funeral Chapel in Palmyra. Minister Kim Sutter and Minister Scott Wegman will officiate. Burial will follow at Greenwood Cemetery in Palmyra.

Friends and family are invited to Dena’s life celebration at a visitation from 5 to 7 p.m.,  Wednesday, Sept. 2, at Lewis Brothers Funeral Chapel.

Memorials may be made to Community Loving Care Hospice.