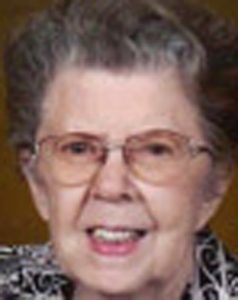 A former resident of Hannibal and Palmyra, Mo, Mary was proceeded in death by her parents; husband, Paul Curtis McNeal; two of her five children, Margaret Ann Bolin VanNoy and Mary Kay Bolin.

She grew up in Hannibal where her parents were owners of the Quality Dairy on Lyon Street and Smith’s Florist in Palmyra. She worked as a beautician in Palmyra and later as a directory operator for Hannibal Bell.

She married the love of her life, Paul “Mac” McNeal, on April 24, 1959. She would leave her hometown to join him in the many work locations for his job as a sheet-metal foreman for PMI, settling in Rancho Cordova, Calif. in 1972.

Her family was the most important part of her life. Her home, a gathering place, for a large extended family that included eight grandchildren, Timothy VanNoy and Tamara VanNoy Kemper,  Lindsey Wasson Troutman and Wendy Wasson Conrad, Clayton and Hayley Hoyt and Leilani and Jaemani McNeal, and 11 great-grandchildren, Kaylin, Kyle and Keaton Kemper, Justin Van Noy, Eldon and Veston Troutman, Emma, Ruben, and Isabella Conrad, and Brennan and Harlan Hoyt.

Here in the home she made for many, she was surrounded by family caring for her as she cared for them.

Her ashes will be interred at Fair Oaks Cemetery in Fair Oaks, Calif.. Private graveside services are set for a later date.