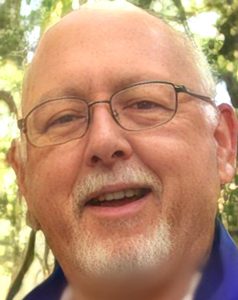 He was preceded in death by his baby sister and his father.

Don was a professional safety director, having worked  at BASF and Dot Foods. He lived  in Palmyra for the past 22 years. He developed safety plans and training programs to reduce injuries and ensure compliance with government regulations for the mining, chemical and food distribution industries in Arizona, Illinois, Georgia, Missouri and Mississippi.

Don felt his greatest calling in life was to show people the love and forgiving grace of Jesus Christ.

Don was active in Christian ministry. He was a member of Palmyra United Methodist Church, served on the Church Council and led Bible studies at church and in the community.

He participated with three other men in facilitating a Bible study at Western Illinois Correction Center in Mt. Sterling. He was a member of the Christian Motorcyclist Association.

Promise Keepers had a major impact on Don’s life. On three occasions he led men on Promise Keepers trips where he could strengthen their relationship with Jesus Christ.

Family and friends are invited to Don’s life celebration from 9:30 to 11 a.m., Thursday, Oct. 8, at the Palmyra United Methodist Church. A memorial service will follow at 11 a.m. Pastor Eric Anderson will officiate.

Wearing masks would be appreciated by the family.

The family is being served by Lewis Brothers Funeral Chapel in Palmyra, Mo.