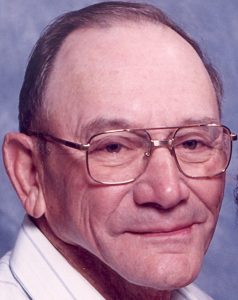 Bob grew up at Mark Bottom in Taylor loving the land and farming. He was a grain and livestock farmer and continued farming up until last summer when he still helped put up hay.

Bob and Vera enjoyed their retirement by traveling extensively across the United States, playing cards and dancing.

Bob was an accomplished carpenter and gardener, and avid hunter and fisherman and enjoyed watching sports of all kinds, especially cheering on his Kansas City Chiefs and St. Louis Cardinals.

Bob served during the Korean War in Korea and Japan from 1950-1952 in the 7th Calvary Regiment and was honorably discharged as a sergeant first class with an Overseas Bar, 3 Bronze Campaign Stars, an Army of Occupation Medal, Combat Infantry Badge and a UN Service Medal.

Funeral services will be held Wednesday, Oct. 14, at 11 a.m. at the Ball-Davis Funeral Home in Ewing, with Rev. Elmer Hagood officiating.  Burial with military honors will be in Ewing Memorial Cemetery.

Memorials may be made to the Ewing Memorial Cemetery in care of Ball-Davis Funeral Home.