The PHS varsity softball team entered this week’s district tournament on the strength of victories over Centralia and Columbia Hickman Thursday and Saturday.

Despite an overall record of 11-10, Coach Alexis VanNostrand believes her team is peaking with strong hopes of advancing into the Class 2 state playoffs. 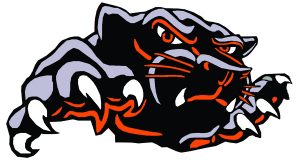 “I think that we are playing some of our best ball right now and hopefully we can carry it into districts with us,” said VanNostrand, whose team earned the third seed.

“Our upper classmen have really realized that the season is coming to a close and they aren’t ready for that.

“They will do whatever it takes for their team to have the best shot at moving on.  What we lack in experience, we have in heart.

“I’m so proud of the girls not giving up when we have a few bad games in a row.”

Also aiding the Lady Panthers is the fact that the Class 2, District 5 field is wide open.

“The teams in our district have played each other throughout the season and not one team has stood out over the others,” VanNostrand said.

Top-seeded Monroe City went into the week with a  15-4 record and second-seeded Clark County was 10-7, but the rest of the teams had records at .500 or below.

However, Palmyra beat Monroe City, 5-2, in their only matchup this season Sept. 19.

“The girls can make this happen,” VanNostrand said. “The only thing standing in their way is themselves.”

A victory advances the winner to the semifinals Thursday when they will play at 7 p.m. against the winner of Wednesday’s quarterfinal between Clark County and South Shelby (4-12).

Monroe City earned a bye and will play a semifinal game at 5 p.m. Thursday against the winner of Wednesday’s quarterfinal game between fourth-seeded Highland (6-12) and fifth-seeded Mark Twain (4-14).

The championship game is set for 1 p.m. Saturday, Oct. 17 in Monroe City.

The district champion will advance to sectionals Wednesday, Oct. 21.

The semifinal round will now be hosted by a member-school, Oct. 24 for Classes 2-5.

The Killian Softball Complex, in Springfield, will host all five championship finals Oct. 29-31.  Third-place games will not be contested.

The Lady Panthers won their most recent game in dramatic fashion when Jansen Juette stole home in the bottom of the seventh for a 5-4 walkoff victory at home over Columbia Hickman Saturday.

Juette lead off with a double, moved to second on a ground ball and dashed in safely on a third strike pitch to the next batter.

The game began inauspiciously when the Kewpies plated four runs in the top of the first inning.

But, Palmyra began its comeback in the inning when Abbey Redd hit a lead-off triple and scored on a ground out.

The Lady Panthers then scored two runs in the fourth on just one single but with the help of walks and a big Kewpie error.

Then, Alaina Loman reached first on an error to lead off the sixth, moved to second on a single by Redd and scored the tying run on a fly ball out.

The Lady Panthers went into Saturday’s action with a 9-5 win over Centralia in the final Clarence Cannon Conference game of the season last Thursday.

Palmyra fell behind by scores of 2-1 and 5-3 before Sophie smacked a grand slam to cap a six run sixth to power the win.

Lydia Althoff then came on in relief of Jazlin Gottman and blanked Centralia the final two innings, striking out and not giving up a hit.

There was still some excitement in the seventh when, after striking out the first two Centralia batters, Althoff walked the next two, bringing the tying run to the plate. But a fly-ball out to center field closed out the game.

The victory gave Palmyra a final CCC record of 4-3.

The day before, the Lady Panthers traveled to Troy where they suffered a 13-3 defeat.

The Lady Trojans scored two runs in each of the first two innings. Palmyra came back with two in the third and one in the fourth, but Troy responded with four runs in the third, three in the fifth, and two in the sixth.