The city’s liability insurance carrier, MIRMA, wants the city to seek waiver forms from all volunteers including those who help in the parks and recreation department.

However, saying it represents a hardship for the recycling center, where the help is purely volunteer, the recycling committee asked the city to revisit the issue.

After considerable discussion, which included input from the city attorney, James Lemon, Mayor Loren Graham said the city would look into the issue in more depth before making a final decision.

In other business, the council voted to boost the city’s financial commitment on Community Development Block Grant application, adopt a mutual aid emergency storm policy and appoint a new park board member.

The council was told it would be difficult for the board to successfully receive signed waivers from all volunteers considering the numbers involved including youths.

Jim Bross said it is probably the city’s largest volunteer force and that “it’s not right” for the committee to need to seek the waivers.

“Just because the insurance company asked you to do it, doesn’t mean you have to do it,’’ Bross said.

However, council member Earl Meyer, chairman of the Personnel Committee, said the city is actually being required to do it.

Lemon, who said he has had experience with MIRMA in his capacity as Hannibal city attorney said the city could push MIRMA for more details before following through with it.

The council voted unanimously to increase the city’s cash commitment on the CDBG grant application to seek funding for bridges from $30,000 to $44,191 to go along with $25,609 of in-kind services in order to meet grant criteria.

If approved for funding, the city is planning to replace some old bridges in Palmyra including the one just north of the intersection of Main Cross and Bradley streets.

Following the recommendation of the Personnel Committee, the council voted unanimously to adopt a mutual aide emergency storm policy which would allow city utility workers to help with disasters elsewhere while the city can get properly compensated for it through FEMA.

The council also unanimously approved the appointment of Zach Jones to the Palmyra Parks & Recreation Board to fill the position vacated by Doug Krigbaum.

Lemon updated the council on progress to dissolve the Palmyra Municipal Court. He said all is ready on the city’s end to transfer it to Marion County Circuit Court which is waiting on word from the state level before moving forward.

Lemon said the court system is slowed down right now due to the COVID-19 pandemic.

Mayor Graham gave a progress update on the pest control issue at East Church and Home streets. It was also noted a new city pest control ordinance would be ready for its first reading by the council during the next meeting Nov. 19.

Brent Abell, Board of Public Works superintendent told the council his department is beginning to receive emergency funding from FEMA to help with flood damage from the previous spring including money to replace two water wells in the Mark Bottoms. 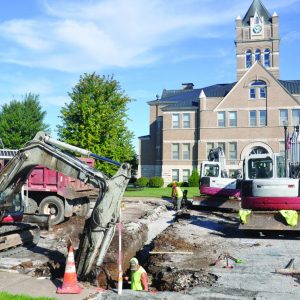 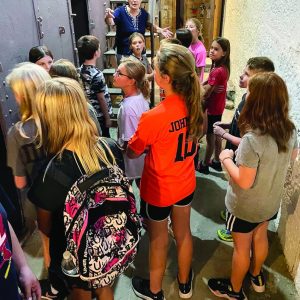