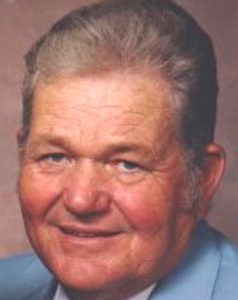 Glenn was a United States Marine Corp veteran. He served his country proudly in the Korean War from 1951 to 1953.

Glenn was an outdoorsman, who enjoyed hunting for turkey, deer, squirrel, goose and raccoons and fishing anywhere, especially at South River and Bennett Springs.

Watching the St. Louis Cardinal baseball and old westerns on TV were two of Glenn’s favorites.

Glenn was also devoted to his longtime companion, his black labrador, Chico. Chico and Glenn had a special bond, as he taught Chico to pray before meals and to fetch his cane and other items for him!

A proud grandpa, Glenn loved to watch his grandchildren and great-grandchildren’s activities and sporting events.  A talented woodworker, he made anything from fishing nets to picture frames to homemade knives.

Most of all, Glenn cherished the moments he shared with his family and his grandchildren.

He was a member of  Providence Baptist Church.

Friends and family are invited to Glenn’s life celebration at a visitation that will be from 10 to 11 a.m., Monday, Nov 16, at the funeral home.

The family respectfully requests you help everyone to stay safe and please wear a mask if you plan on attending the visitation or funeral service.

Memorials may be made to Providence Cemetery Association.