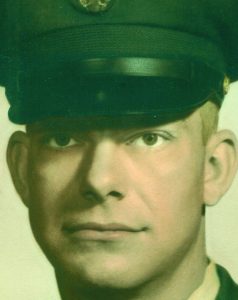 Bill was preceded in death by his parents; wife; three sisters, Florence Smola, Wilma Doelling and Dorothy Smola; and one brother, Frank Smola.

Bill was a United States Army veteran. He served his country proudly during the Korean War.

He loved muscle cars and enjoyed building things.  He also liked watching western movies, especially ones with John Wayne in them.

Bill was an avid reader of muscle car magazines and western novels.

Graveside services and burial with full military honors will be at 10 a.m., Tuesday, Nov.17, at the Missouri Veteran’s Cemetery in Jacksonville, Mo.

Friends and family are invited to Bill’s life celebration at a visitation that will be from 5:30 to 7 p.m., Monday, Nov. 16, at Lewis Brothers Funeral Chapel in Palmyra.

Memorials may be made to Monroe City Nutrition Center.