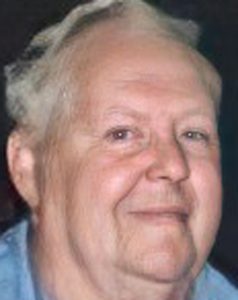 LeRoy was a well-known mechanic at Vance’s Garages on Market Street in Hannibal until a massive heart attack. As a teen, he went to live with his Uncle Buddy and Aunt Pansy of Hershman, Ill., where he’d pick up his love for horses.

As a young adult, LeRoy farmed in Rushville, Ill. before moving back to Hannibal. LeRoy had a voracious appetite for reading, starting with comic books, later evolving into Zane Grey, Louis L’Amour and anything relating to history. He could have two books going at once!

When he was younger, he had mules and went hunting with them. LeRoy was an avid coon hunter and loved to fish until his health affected those activities.

He then turned his past time into “tea time” with his fellow friends. He could be found at the Junction of MM, the Mark Twain Dinette, Country Kitchen, and Logue’s.

LeRoy also had a passion for quarter mile dirt track races. He was always down in the pits helping with pit crew.

Graveside services will be at 2 p.m., Monday, Nov. 30, at Grand View Burial Park in Hannibal. Pastor Terry Burke will officiate.

There will be no visitation.

Memorials may be made to Hannibal Regional Hospital COVID-19 Unit or to the donor’s choice.

The family is being served by the James O’Donnell Funeral Home in Hannibal.