Joseph was born July 29, 1948, in Quincy, Ill., to Leo F. and Mary Jane Althoff Rothweiler. He was married to Dora Lisette Ahland Rothweiler on April 24, 1981, in St. Joseph Catholic Church. She survives. 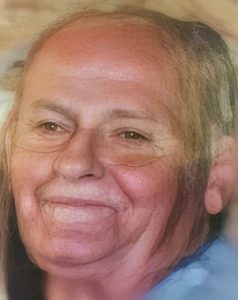 Joseph was preceded in death by his parents; in-laws, Frank and Susan Ahland; and brother-in-law, Carl Ahland.

He served five years in the United States Army during the Vietnam War.

He was an avid Palmyra, Mizzou and St. Louis Cardinal fan and loved spending time with his family.

He was a member of the American Legion Post #174 Boots-Dickson.

A Mass of Christian burial will be held at 11 a.m., Jan. 6, at St. Joseph Catholic Church in Palmyra. Father Jerry Kaimann will officiate. Burial with full military rites performed by American Legion Post #174 Boots-Dickson will follow at St. Joseph Cemetery.

Memorials may be made to St. Joseph Catholic Church or American Legion Post #174.