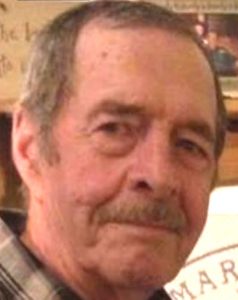 Dick lived and worked on his family farm from the time he was a child. At seven-years-old he drove his first tractor, this moment cultivated his life long love of International Case tractors.

An honest and generous man, he was compassionate and caring to his animals. His dog “Cadee Joy” was always by his side. Dick loved his life on the farm and was proud to be a farmer.

He enjoyed camping at the Ozarks.

He was the president of the Marion County Rural Fire Department for over 30 years.

Funeral services will be held at 11 a.m., Thursday, Dec. 31, 2020 at Lewis Brothers Funeral Chapel. Pastor Mark Carpenter will officiate. Burial will be at Greenwood Cemetery in Palmyra.

The funeral service will be live-streamed through Lewis Brothers Funeral Chapel. Follow the link on their Obituary page or go to https://distantlink.com/LewisBrothers.html. The live stream will start shortly before the service begins.

Friends and family are invited to Dick’s life celebration at a visitation that will be from 10 to 11 a.m., Thursday, Dec. 31, at Lewis Brothers Funeral Chapel.

Memorials may be made to the Palmyra Food Pantry or Community Loving Care Hospice.