Bob was born April 1, 1934, in Hannibal, to Paul Joseph and Lorene Agnes Mudd Hirner.  He was married to Esther Ann DeLaPorte on Sept. 10, 1955, at Blessed Sacrament Church in Hannibal. She survives. 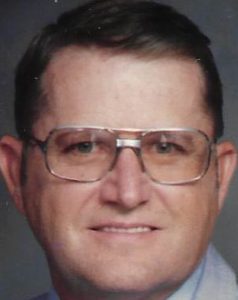 Bob was preceded in death by his parents, and grandson, Benjamin Hirner.

Bob was a 1952 graduate of McCooey Catholic High School in Hannibal.

He worked at Abbott Laboratories in North Chicago, Ill., for 12 years from 1962 to 1974. He then began working as a chemist for American Cyanamid. He worked for them from 1976 until retirement after 22 years in 1998.

Bob was an avid St. Louis Cardinals fan, and he loved playing cards especially pitch. The thing he enjoyed most was playing golf with his friends and family.

A funeral service will be held at 11 a.m., Wednesday, Dec. 30, at Lewis Brothers Funeral Chapel. Deacon Luke Mahsman will officiate. Burial will be at The Gardens at Mission Hill Baptist Church.

This service will be available as a livestream service on his obituary page at www.lewisbrothersfuneralchapel.com. This is only available during the actual service time.

Friends and family are invited to Robert‘s life celebration at a visitation that will be from 10 to 11 a.m., Wednesday Dec. 30, at Lewis Brothers Funeral chapel.

Memorials may be made to St. Joseph Catholic Church or Loving Care Community Hospice.