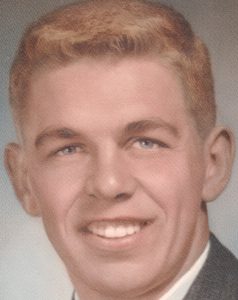 Jimmy was born on Feb. 7, 1946, in Hannibal, to Kenneth Edward Hudson and Evelyn Mae Bush Hudson. Jimmy was previously married to Sharon Kay Hobbs. She survives.

Jimmy was also preceded in death by his mother and his stepson, Jerry Wayne Huss.

Jimmy was a farmer. He loved being on the farm. He raised row crops and was a dairy farmer for many years.  Many will also remember Jimmy working at the Apple Auto Parts Store, a position he held for several years and enjoyed.

The farm was Jimmy’s life, as he enjoyed each morning meeting at his father’s house for coffee and to visit with whomever happened to drop by. He also liked to ride the tractor on the farm and when he wasn’t riding his John Deere, he also took pleasure in working on the tractors.

A loving father and grandfather, Jimmy also enjoyed spending time with his family whenever he could.

Green Bay Packers football, St. Louis Cardinals baseball and old-time country music were also a few of Jimmy’s favorites. Most of all he cherished the moments he shared with his family, especially his grandchildren.

Graveside services will be held at 10 a.m., Friday, Jan. 8, at the Grand View Burial Park in Hannibal. Rev. Richard Epperson will officiate.

There will be no visitation.

The family is being served by the James O’Donnell Funeral Home of Hannibal, Mo.

Memorials may be made to Barnes Jewish Hospital.