Work can now progress on the County Road 402 bridge after the county learned the amount of soft match they have to trade. 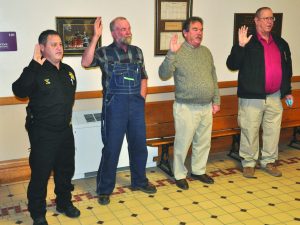 Commissioners also met last Wednesday at which they signed a letter of support for funding for an engineering study for the Hannibal bypass and had the swearing in of county officials from the November election.

According to Stice, MECO Engineering is in the process of getting right-of-way and once that is completed, can move forward on plans. She noted she hopes they will be able to go out for bids by this spring.

In addition to the information about the soft-match funds, Stice provided the commissioners with a list of other counties and their available hard match funds to see who might be willing to trade some soft match for hard match.

Also Monday, Stice reported the city of Hannibal and Hannibal Regional did not spend all of the CARES Act funds allocated to them, and the county will have more to hand out.

She is gathering the amounts and will report back at next week’s meeting.

Last Wednesday, the commission voiced their support for funding for an engineering study for the proposed Hannibal bypass.

Corey Mehaffy, executive director of the Hannibal Regional Economic Development council, was present at the Dec. 30 meeting to ask for the commissioners support of the funding. 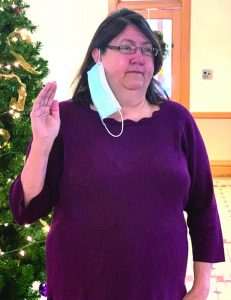 Commissioners Larry Welch and Steve Begley signed a letter of support, while Presiding Commissioner David Lomax voiced his support via a telephone conversation.

According to Mehaffy, Rep. Louis Riggs procured $500,000 funding last year for an engineering study, but it was vetoed by the governor because of the COVID-19 response.

While Riggs is again working to procure $500,000 again this year, instead of asking letters of support from individual entities, Mehaffy said Riggs is asking for one letter with signatures from all interested parties.

In his letter to Patrick McKenna, director of the Missouri Department of Transportation, Mehaffy noted the Hannibal bypass is the number one regional priority in the Northeast District and the area has not seen any construction funds for completing the Avenue of the Saints since 2008.

He also noted over half of the population of the state is in rural areas, but added a “disproportionate amount of transportation funds is provided to rural areas for their needs”.

Later, the oath was administered to Brent Massie, deputy coroner.

John Janes, county surveyor, was not present for the swearing in procedure.

Also Monday, Mike Schaefer, county highway supervisor, reported the county crews had worked through the weekend to clear roads following the ice storm. He noted that while there were still trees down, the crews are working to clear those out as they can get to them.

Dornberger noted the county is in good financial shape.