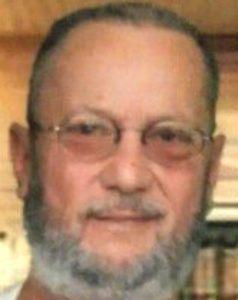 Wayne, the son of Herbert and Carol Allen, was born Sept. 30, 1937 in Meredosia, Ill. He and his wife, Marilyn, recently celebrated their 55th wedding anniversary.

Preceding him in death were his parents; stepson, Fred M. Pyse; and stepdaughter, Marie Walters.

Wayne was a graduate of Palmyra High School and spent his working career in the Palmyra area. He was employed as a pattern maker for Crown Shoe Factory for many years. After the shoe factory closed, he was employed by the Palmyra Board of Public Works where he kept the engines running at the power plant.

Wayne was a veteran and received honorable discharges from both the United States Army and Navy.

Hobbies were an integral part of Wayne’s life. He was an avid reader and enjoyed bowling, hunting and fishing. His workshop in the basement of his home was the place where his creative talents came to life. Through the years he made gun belts and holsters, muzzle loading guns and accessories, and was quite proficient at building and flying radio controlled airplanes. He was active in flying clubs and participated in many events with them as well.

He was a member of the Swamp Foxes Muzzle Loading Club and enjoyed attending rendezvous with his friends. Each new hobby brought with it a new set of friends, and he enjoyed the fellowship and camaraderie.

Another joy in his life were his cats. Every stray in the neighborhood eventually became a beloved pet.

Wayne was not a man who desired much attention, so he requested no services upon his death; therefore, his family is honoring those wishes. However, please know that he cared deeply for his family and friends.

Lewis Brothers Funeral Chapel in Palmyra is assisting the family.

Cards of condolences may be sent to the funeral home. If you wish to remember Wayne with a memorial, you may donate to the charity of your choice.