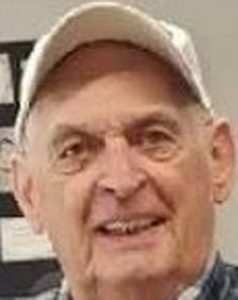 Jim grew up in Philadelphia, Mo. He was a life-long heavy equipment operator, owning his own business in Palmyra in the 70s and 80s. He worked for Bleigh Construction in his later years, lastly at Goldinger Farms in Palmyra.

Jim was a wonderful husband and father, but he adored his grandchildren and great-grandchildren, never missing one of their ballgames. He also loved to take them for ice cream. An outgoing guy, Jim enjoyed socializing with friends and family.

Funeral services will be held at 10 a.m., Tuesday, Jan. 12, at Lewis Brothers Funeral Chapel in Palmyra. Pastor Paul Reese will officiate. Burial will be at Greenwood Cemetery in Palmyra.

The funeral service will be live-streamed through Lewis Brothers Funeral Chapel. Follow the link on their obituary page or go to https://distantlink.com/LewisBrothers.html. The live stream will start shortly before the service begins.

Friends and family are invited to James’s life celebration at a visitation that will be from 9 to 10 a.m., Tuesday, Jan. 12, at Lewis Brothers Funeral Chapel.

Memorials may be made to First Baptist Church of Palmyra, or Kid’s For Christ Preschool.