Ameren Transmission Company of Illinois, a wholly owned subsidiary of Ameren Corporation, has completed and energized the final span of the Illinois Rivers Project, a 375-mile, 345,000-volt transmission line from Palmyra, Mo, to Sugar Creek, Indi.

The Illinois Rivers Project was approved in 2011 by the Midcontinent Independent System Operator Inc., a regional transmission organization. 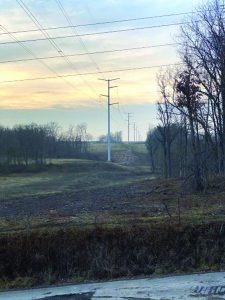 The project is part of a coordinated, multi-state group of transmission projects – known as Multi-Value Projects – being developed by transmission owners in the Midwest to improve and strengthen the regional energy grid and to facilitate the integration of renewable energy to meet public policy goals.

“Our cuntry’s future energy security and sustainability depends on a strong transmission system to enable the transition from coal to renewable energy,” said Shawn Schukar, chairman and president of ATXI.

“The Illinois Rivers Project is an important component to help deliver clean, affordable and reliable energy to communities across the Midwest and ensure the grid can accommodate ever-increasing renewable resources.”

The final span of the Illinois Rivers Project was placed into service in late December.

Efficient project execution included the use of helicopters to help efficiently install transmission lines while reducing impact to landowners.

Other ATXI Multi-Value Projects include the Spoon River Project in Illinois, which was completed in February 2018, and the Mark Twain Transmission Project, which went into service in Northeast Missouri in December 2019.

Ameren has a robust transmission system of more than 8,000 circuit miles of high-voltage transmission lines across a variety of energy markets.