The Lady Panthers (4-6) suffered their fourth-straight defeat, 45-22, to Centralia Friday. 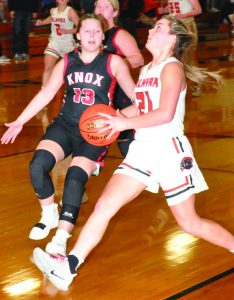 Centralia jumped out to a 14-6 lead and out-scored Palmyra 20-6 in the second  half.

The Lady Panthers opened the week Tuesday with their second straight loss to Knox County, this time at home, 38-28.

Palmyra led by one going into the final period, when the Lady Eagles ended the game with a 10-4 run.

Palmyra opened Tony Lenzini Tournament play Monday against Hannibal, but results were not available in time for this edition.