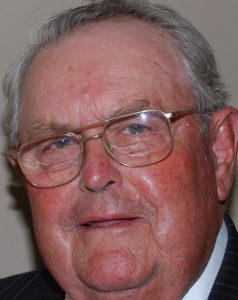 Marvin was born Sept. 25, 1934, in Peoria, Ill., to George and Fannie Rinkenberger Wiegand. He was married to Joann Hoerr on July 2, 1961, at the Apostolic Christian Church in Taylor.

Marvin was preceded in death by his parents; brother, Keith Wiegand; and sister, Janet Knecht.

Marvin was a graduate of Gridley High School in Gridley, Ill. He went on to graduate with his bachelor’s degree in speech therapy from the University of Illinois at Normal.

Marvin started farming in 1961 with his father-in-law, George, and then continued on the farm for the rest of his life.

He loved to attend farm shows and enjoyed coffee with friends at the 18 Wheeler and Hy-Vee coffee shops. Marvin was a man who loved the Lord and his church family who were very close to his heart.

He cherished spending time with his kids and grandkids whenever he could.

The church will be providing a live-stream of the service, which will be available on YOUTUBE.COM; search for “Taylor ACC” and watch live or previously recorded video and audio.

Memorials are suggested for the Apostolic Christian Church or the Illinois Veterans Home Activities Fund.