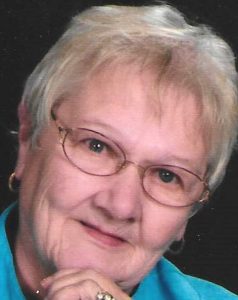 Phyllis was preceded in death by her parents; brother, Kenneth T. Dornberger; and his wife, Marjorie L. Dornberger.

Her long career started the summer after high school graduation when she worked at the Shoe Factory until school started at Blessing School of Nursing. She completed her degree in September of 1964.

She began as a RN at Blessing Hospital and worked there until retirement in March of 2003 after 39 years of service. During her career at Blessing, she worked numerous years on each shift, and positions of staff nurse, evening supervisor, head nurse and director of nursing on 5400.

In the early 80s she went to Haiti on a medial mission for two weeks. In her spare time, she enjoyed traveling, garage sales, collecting thimbles and Heisey glassware, going to auctions and doing antique mall booths out at Monroe City for numerous years. She also loved to spend time crafting, sewing, gardening (more flowers than veggies), playing cards and reading.

After her major traveling days were over, she still took opportunities for day trips as much as possible.

A memorial service was held at 2 p.m., Monday, March 15, at Lewis Brothers Funeral Chapel in Palmyra. Pastor Eric Anderson will officiated. Burial will be at Greenwood Cemetery in Palmyra.

Visitation will be from 1 to 2 p.m., Monday, March 15, at Lewis Brothers Funeral Chapel.

Memorials may be made to the Blessing- Rieman School of Nursing or Mt. Vernon UME Church.

Online condolences may be shared  at www.lewisbrothersfuneralchapel.com.