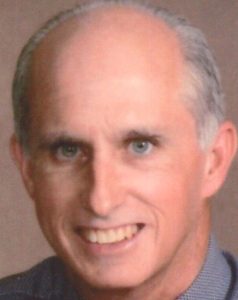 Chris was born Jan, 16, 1965, in Kirksville, Mo. He was the son of George Melvin and Helen Marie Monteith Wilt.

He is survived by his father, George; one son, Kelton Wilt, Palmyra; one sister, Melinda Gloe and husband, Roger, Amarillo, Texas; and one brother, Brad Wilt, and wife, Nicole, Shelbyville.

Chris was preceded in death by his mother Helen and one brother Jeffery Roger Wilt.

Chris was a 1983 graduate of North Shelby High School. He played trumpet in the band in addition to football as a defensive back through which he was recognized on an all area team for Northeast Mo.

He was a member of St. Joseph’s Catholic Church and the Knights of Columbus in Palmyra.

Chris was an avid deer and coyote hunter, loved to ride his side-by-side ATV, cook, and especially liked smoking meats and making desserts for family and friends. He enjoyed spending time working around his family’s farm with his father, brother and sister-in-law. Chris was a loyal fan of the Missouri Tigers, Kansas City Chiefs and his local high school athletic teams and loved to watch NASCAR.

His greatest treasure was his son, his achievements and attending Kelton’s band performances.

Funeral services were held Monday, March 15, at at the Greening-Eagon-Hayes Funeral Home in Shelbina. Burial was at St. Mary’s Cemetery in Shelbina.