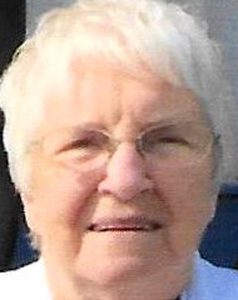 Betty was a vibrant, generous, caring person who helped her husband (Curly) diligently on the farm.

She liked quilting, fishing, rocking, mushroom hunting, picking blackberries and most of all, spending time with her family.

Her faith in Christ defined her. She was a member of Philadelphia Baptist Church.

Funeral services will be held at 2 p.m., Saturday, March 27. Pastor Roger Stevens will officiate. Burial will be at the Coleman-Ragar Cemetery in Philadelphia.

A visitation will be held Saturday, March 27, from 12 p.m. until the time of service at the Philadelphia Baptist Church.

Memorials may be made to Coleman-Ragar Cemetery Association or Philadelphia Baptist Church.