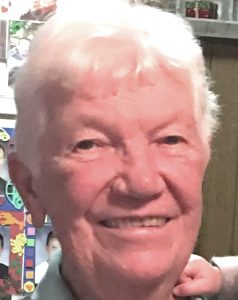 At the age of 13 she publicly confessed her Lord and Savior Jesus Christ upon her confirmation at Immanuel Lutheran Church in West Ely, Mo. on March 21, 1948.

Ginny attended Immanuel Lutheran School and Palmyra High School, graduating with the Class of 1952, then went on to earn her bachelor’s degree at the University of Missouri in 1956.

She began working as a teacher in the Denver Public School and had the pleasure of working overseas as a teacher with the Department of Defense. Her assignments took her to Libya, Japan and Germany.

Fifty-seven years ago, at Ramstein Air Force Base in Germany, she pledged her faithfulness and love to Gerald Herbert (Jerry) Smith, and they were united in marriage on Aug. 6, 1963. They enjoyed 49 years of marriage before Jerry’s death in 2013.

She was also preceded in death by her parents and sisters, Dorothy Meyer and Florence Frost.

Ginny was an active member of the Beautiful Savior Lutheran Church in Bloomfield.

A memorial service was held March 19, in Broomfield.