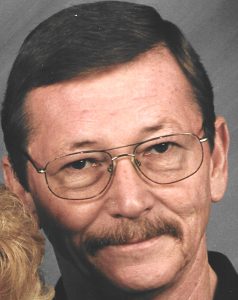 Jim was preceded in death by his parents and his brother, Bruce Sparks.

Professionally Jim was a machinist and supervisor for Gardner Denver for over 40 years, retiring on July 31, 2008.

He was a member of Jackson Park Golf Club and could often be found on the green playing a round.

As a very meticulous guy, he took pride in his yard and the work it took to keep it nice. Jim was a proud sponsor for AA and also enjoyed pontoon boating and fishing with friends.

Memorial services will be at 2 p.m., Friday, March 26, at Lewis Brothers Funeral Chapel in Palmyra.

Honorary pallbearers will be his friends Larry Lewis, Larry Monroe and Gary Cook.

Visitation will be held from 1 to 2 p.m., Friday, March 26, at Lewis Brothers Funeral Chapel.

Memorials may be made to NEMO Humane Society.