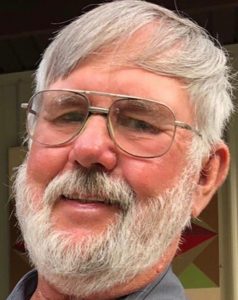 Jack worked as a member of the “Bridge Gang” for Burlington Northern Santa Fe Railroad. These were the rough and tumble guys who maintained the bridges on train routes.

Jack had a great love of the outdoors. He was CEO of the “Bottom Feeder Boys”. No matter the season, Jack was outside enjoying all that nature had to offer. He could be found hunting, trapping and fishing, but his true legacy was the time he spent teaching his grandchildren the art of the hunt. Those are the memories he held close to his heart.

He was a 20-year member of the Jaycees, and he was one of the original founders of the Palmyra demolition derby.

Funeral services will be at 10 a.m., Thursday, April 1, at Lewis Brothers Funeral Chapel in Palmyra. Pastor Greg Mitchell will officiate. Burial will be at Greenwood Cemetery in Palmyra.

Honorary pallbearers will be Ryan Hoerr and Brody Sublette.

Friends and family are invited to Jack’s life celebration at a visitation that will be from 5 to 7 p.m., Wednesday, March 31, at Lewis Brothers Funeral Chapel.

Memorials may be made to the Handicap Hunt in Monroe City or the Palmyra Assembly of God Church.