The PHS boys track and field team began the season at home and in Winfield last week. 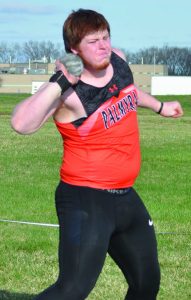 Palmyra’s Weston King throws the shot put during the inaugural home meet Friday. The senior would take first in both the shot put and discus. 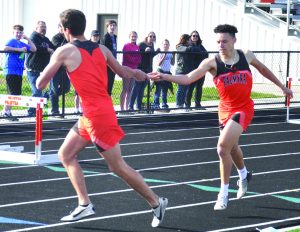 Palmyra’s Christian Johnson (above) hands the baton off during the 4 x 800 meter relay Friday to Abe Haerr who finished the race.. 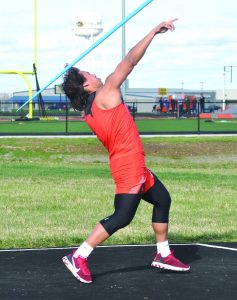 The Panthers opened the season by placing third out of seven teams at the Winfield Invitational last Monday.

Placing in the top five for Palmyra were:

Hicks, third place in the high jump at 1.67 meters;

Johnson, fourth place in the long jump at 5.30 meters; and

Noah Getz, fourth place in the discus at 25.86 meters.