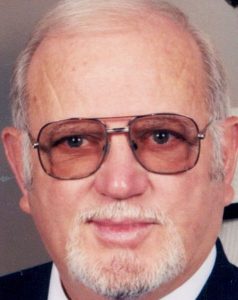 He was preceded in death by his parents and one sister, Arline Rankin.

James was a member of the St. Louis Carpenters Union and worked for many years as a drywaller and later owned his own business for several years.

He served his country in the United States Army earning the Bronze Star Armed Forces Expeditionary Medal as well as Sharpshooter Medal. He was a member of the VFW and the American Legion.

James was a force to be reckoned with in the world of USA power lifting. He was #1 in the world in 2003 in his age group in the Czech Republic, benching 402 lbs. He was 66 years old at the time.

A man of great faith, he loved Jesus with all his heart. James attended the Palmyra Assembly of God Church, serving as a deacon.

Funeral services will be at 1 p.m., Friday, April 9, at Lewis Brothers Funeral Chapel in Palmyra. Pastor Greg Mitchell and Patrick Rankin will officiate. Burial with full military honors by American Legion Post #174 Boots-Dickson will be at Greenwood Cemetery in Palmyra.

The family requests that those in attendance wear a mask for everyone’s safety.

Honorary pallbearers will be all of his grandchildren.

Friends and family are invited to James life celebration at a visitation that will be  from 11 a.m. to 1 p.m.,  Friday, April 9, at Lewis Brothers Funeral Chapel in Palmyra.

Memorials may be made to Palmyra First Assembly of God, VFW Post or the American Legion Post #174.