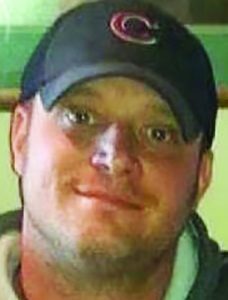 Robert was preceded in death by his grandmothers, Jackie Denish and Mary Jensen, and his grandfather, Leroy Jensen.

Professionally, Robert worked as a freelance pipe fitter and also in general construction.

Away from work, Robert loved spending time outside. Rock hunting for arrowheads and geodes, mushroom hunting and fishing were all things he enjoyed doing.

Robert was a huge Chicago Cubs fan and also loved to spend time with his family and friends.

Funeral services will be at 11 a.m., Monday, April 19, at Lewis Brothers Funeral Chapel in Palmyra. Pastor Lance Bonnell will officiate. Burial will be at Durham Cemetery in Durham, Mo.

A visitation will be from 10 to 11 a.m., Monday at the funeral chapel.

Memorials may be made to the family for Robert’s children’s education.