The PHS boys track and field team finished in fourth place at the Jerry Ball Relays in Ewing last Tuesday. 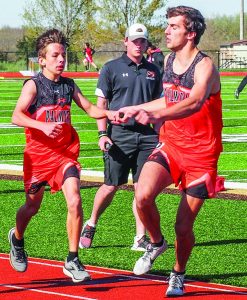 Placing in the top five for Palmyra were:

Haerr highlighted Palmyra’s showing by winning the pentathalon which includes the 100 and 800 meters along with the long jump, high jump and shot put.