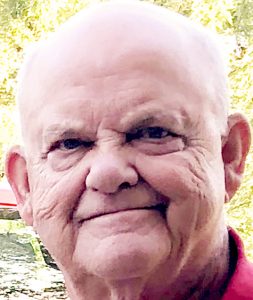 He graduated in 1959 from Kirksville High School. On Aug. 20, 1960 he married Lynda Jane Kelley in Hurdland. To this union two boys and a girl were born.

He began his career working at McGraw-Edison in Kirksville, Mo. In 1963, he started his career in the grocery business with Green Hills working both in Kirksville and St. Joseph, Mo.

Eventually he would purchase his own general store in Hurdland. In the early 80s he converted the business to feed and seed, owning and operating it until his retirement.

He enjoyed hunting, fishing, eating homemade ice cream and following the Kansas City Chief’s and St. Louis Cardinals. But most of all, he loved spending time with family and following his grandkids sporting events.

He was preceded in death by his parents and a brother-in-law, Marvin Reed.

Funeral services will be at 11 a.m. Monday, May 10, at the Doss Funeral Home in Edina, Mo.

Visitation with the family receiving friends will be from 9 a.m. Monday until service time at the funeral home.

Burial will be in the I.O.O.F. Cemetery in Hurdland.

Memorials may be left to the Lifeline Pregnancy Help Clinic in Kirksville or to the donor’s choice. Memorial may be left at or mailed to the Doss Funeral Home 208 N. 4th Street, Edina, MO 63537.