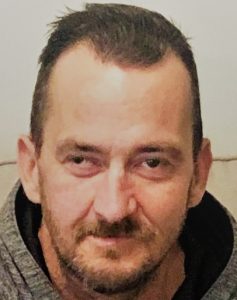 Cary was preceded in death by his grandparents, Harold and Geraldine Coulter; and William and Katherine Kaden;  nephew, Harrison Vessell; and many aunts and uncles.

Professionally, Cary worked in the farming industry and briefly in the trucking industry before serious medical conditions halted his work life.

Cary was a Lutheran by faith.

Cary was an avid St. Louis Cardinal, Denver Bronco and NASCAR fan. He loved to bowl and play cards with friends and family.

Funeral services will be at 10 a.m., Thursday, May 27, at Lewis Brothers Funeral Chapel in Palmyra. Pastor Marty Smyser will officiate. Burial will be at Immanuel Lutheran Cemetery in West Ely, Mo.

Honorary pallbearer will be Jason Parrish.

Friends and family are invited to Cary’s life celebration at a visitation that will be from 9 a.m. until the time of service on Thursday, May 27, at Lewis Brothers Funeral Chapel.

Memorials may be made to Virginia Harrison for Ethan Kaden’s education fund.

Online condolences may be shared and the video tribute may be viewed at www.lewisbrothersfuneralchapel.com.