He was born in Palmyra, Mo., on July 15, 1950, the only son of Wayne H. Buckwalter and Marjorie JoAnn Phillips. 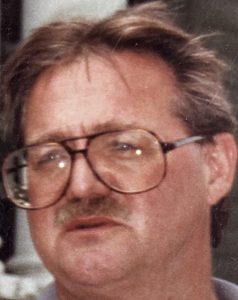 He attended Palmyra schools and graduated in 1968. While in high school, he co-founded the rock band called The Gazorks. The band became well-known in the area, organized and headlined the first Palmyra Street Dance and was the opening band at the new teen club TO 1/2 (The Other Half).  Mark wrote and recorded the original song “Buckwalter’s Blues” during this time.

He later played with various bands and was known as a particularly talented lead guitar player.

Mark was a laborer and handyman for several companies over his lifetime. He was a skilled gardener who also had a witty sense of humor.

Mark was preceded in death by his parents.

Mark will be cremated per his wishes and the family will hold a celebration of life to honor him at a date to be announced.