Arlene was born June 7, 1943, in Palmyra, to Eugene Stewart and Geneva P. Campfield Stewart. She was married to Henry Eugene Nokes. He preceded her in death on May 2, 1994. 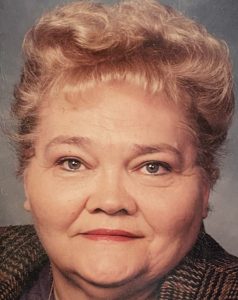 She was preceded in death by her parents; one daughter, Amy Nokes; one son, Bruce Nokes; one brother, Bud Stewart; and one sister, Dorothy O’Brien.

Arlene was a homemaker.  She previously worked as a typist for the Quincy Police Station, Douglass Community Center and the Vandalia prison.

She enjoyed working on her computer and doing photography. She also liked doing crossword puzzles and watching game shows.

Arlene had a love for all animals. She most enoyed the time she spent with her kids and grandkids.

She attended Cornerstone Church of Marion.

Funeral services will be at 10:30 a.m., Monday, July 19,  at Lewis Brothers Funeral Chapel in Palmyra. Pastor Marty Smyser will officiate. Burial will be at Greenwood Cemetery in Palmyra.

Honorary pallbearer will be Larry O’Brien.

Friends and family are invited to Arlene’s life celebration at a visitation that will be from 9:30 a.m. until the time of service on Monday, July 19, at Lewis Brothers Funeral Chapel in Palmyra.

Memorials may be made to Northeast Missouri Humane Society.