Neil was born April 18, 1933 in Ewing, Mo., to Cecil Frederick and Glessie Mae Reese nee Brown. He married Nancy Fagan on Oct. 12, 1958 in Philadelphia, Mo. Together they have three children. 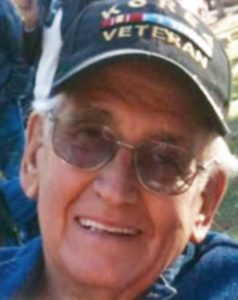 He was preceded in death by his parents; brothers, Laverne and Duane Reese; son-in-law, Ralph Bowman; and brothers-in-law, Keith and Norman Wenneker.

Neil was a member of the Lake St. Louis Baptist Church and served on the Board of Directors at Mary Martha Thrift Shop.

Neil proudly served in the United States Air Force during the Korean War and was stationed in Japan, Iceland, Taiwan, Greenland and Korea.

He hauled bulk milk, eventually owning an Adams Milk distributorship in Hannibal, Mo. He later worked as an owner/operator truck driver for Landstar Ranger. Neil retired in 1995, having received many Safe Driving Awards.

During retirement Neil continued his life-long passion of buying and selling antiques, especially tractor tools and manuals, at steam engine shows across the Midwest.  He will be dearly missed by all who knew and loved him.