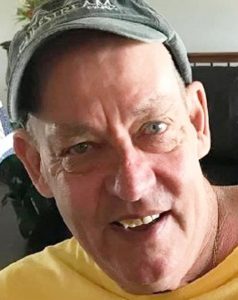 Henry was preceded in death by his parents, sister, Mary Martha Riedel Muckler; and grandmothers, Emogene Riedel and Eileen Feeney.

Henry retired from the Hannibal Country Club, where he was the golf course superintendent for 38 years.

Away from home, Henry enjoyed sports of all kinds. A talented athlete in his own right, Henry starred on the basketball hardwood at Hannibal High School, Hannibal LaGrange Junior College and at the University of Nebraska-Omaha.

He took pleasure in visits to the horse track, with trips to the tracks in Keeneland, Ky., Hot Springs, Ark. and Fairmont Park, being a few of his favorites. St. Louis Cardinals baseball and University of Nebraska Cornhusker football were Henry’s teams.

He also enjoyed time at home. He was a gifted cook who liked to make homemade pizza, short ribs and the best lasagna.  Old TV shows like the Andy Griffith Show and Gunsmoke were a few of Henry’s favorites.

Most of all, Henry cherished his family. He was particularly close to his nieces and nephews, always looking forward to the times they shared.

Henry was a Catholic by faith.

Funeral services will be at 11 a.m., Friday, Aug. 6, at the James O’Donnell Funeral Home in Hannibal. Burial will be at the Holy Family Catholic Cemetery in Hanniba.

Friends and family are invited to Henry’s life celebration at a visitation that will be from 5 to 7 p.m., Thursday, Aug. 5, at the funeral home.

Memorials may be made to the Hannibal High School Athletic Department or Hannibal YMCA.

Online condolences may be shared and video tribute may be viewed at www.JamesODonnellFuneralHome.com.