Donald was born Feb. 24, 1935, in Clarence, Mo., to Glen Kesner and Georgia Sanders Kesner. He was married to Joyce J. Pollard Kesner on July 3, 1955, at Emden Christian Church in Emden, Mo. She survives. 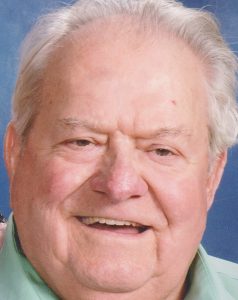 He was preceded in death by his parents; one infant son, Donald Glen Kesner II; and twin brother, Ronald Kesner.

Don had a very active professional life, beginning with Northeast Power and later purchasing the Lori Lynn Motel in Hannibal. He then went on to become the Marion County assessor and Marion County collector, and finally retiring from Standard Printing.

During his retirement, Don drove a school bus for Hannibal Public Schools and the Mississippi Valley State School.

He was a Clarence High School graduate and served his country briefly in the United States Army, stateside, at Ft. Leonard Wood.

He was a member of the American Legion Post 55, past Lions Club member, Moose Lodge member, as well as a past board member of the Board of Public Works.

Don and Joyce loved to play Santa and Mrs. Clause during the holidays all over Hannibal, including the Jaycees Christmas parade.

Don was a devoted Democrat and enjoyed being involved in local politics. He was an avid card player and loved to go to the casino to play black jack with his identical twin brother, Ronald. The boys also enjoyed deer hunting together.  In his leisure time, Don would go camping in his motor home, take trips to Florida to visit his parents and managed to see the very first operation of the Monorail at Walt Disney World.  Don also made it all the way to Canada once.

He would imbibe in a martini cocktail most days, before dinner, watch the news, Bonanza or Mountain Men and steal some snuggles from his daughter’s dog, Mattie, whom he adored. Don’s love for his family was larger than life. He will be missed far and wide by so many.

Don was a Catholic by faith and a member of the Holy Family Catholic Church in Hannibal.

Funeral services will be at 2 p.m., Saturday, Aug. 21, at the James O’Donnell Funeral Home, in Hannibal. Father Mike Quinn will officiate. Burial will be at Grand View Burial Park in Hannibal.

Friends and family are invited to Don’s life celebration at a visitation that will be from 1 to 2 p.m., Saturday, at the funeral home.

The family requests that if you plan on attending the funeral or visitation, please wear a mask and practice physical distancing in accordance with CDC COVID-19 Guidelines.

Memorials may be made to the Northeast Missouri Humane Society or Cuddle Cat Rescue.

Online condolences may be shared and video tribute may be viewed at www.jamesodonnellfuneralhome.com.