Kenneth was born in Grantsdale, Mont., April 7, 1924, to Lewis Ryan and Vivian (Vance) Ryan in the home of his maternal grandparents. He was raised by his father and paternal grandparents, Frank and Elizabeth (Klein) Ryan following the death of his mother in 1925. 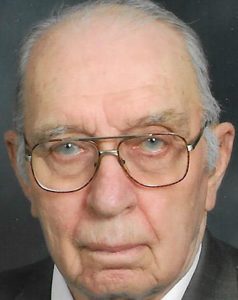 Kenneth moved to Marion County, Mo., in September 1924.  He was a lifetime grain and cattle farmer raising registered black-angus cattle until his retirement in 2003.

Kenneth was drafted into the United States Army in 1944, serving the 124th Cavalry Regiment, which was the last cavalry division of the U.S. Army.  He served his country in World War II in China, Burma and India.

Kenneth was an agent for the Farmers Mutual Insurance Company for over 20 years.

On November 7, 1981, Kenneth married Minnie Rockwood James, who preceded him in death in 2002.