He was born in rural Parsons, Labette County, Kan. on Nov. 12, 1930, the son of May Lucille Mullinax and Frederick Joseph Truster, Jr. 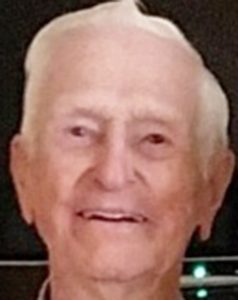 He was raised around Parsons and attended Kansas State University with civil engineering curriculum, working as an engineering assistant to the city manager. He ultimately became a registered land surveyor in Missouri and spent many years farming in Missouri and ranching in Texas.

While traveling with construction and engineering jobs, Bill met and married the love of his life, Lena Pearl Bridgman, in Palmyra, Mo., on Oct. 25, 1958.  They were married over 62 blissful years when Lena entered her heavenly home Aug. 22, 2021, just over three weeks ago.

They purchased a farm in 1960 near Hannibal, Mo. where they raised their five children. He worked for various construction and engineering firms throughout his career while working the farm evenings and weekends.

In 1981 they moved to Houston, Texas during a depressed job market in Missouri and while in Texas experienced the oil boom. They moved to the Conroe, Texas area in 1985 and enjoyed many years with grandchildren nearby. In 1999, they established their retirement home near Midway, Texas.

Bill had an incredible work ethic and was a true steward of the land. He loved working outdoors and improving the farm utilizing natural soil erosion control and conservation techniques. He also spent hours of manual labor clearing land, raising animals and building fences well into his 80s.

He was honest and hard working and instilled that into the children by teaching them that hard work pays off. He also cherished his family and especially enjoyed attending and keeping up with sporting events and activities for his children, grandchildren and great-grandchildren!

Bill was also preceded in death by his parents; his brother, Frederick A. Truster; and two great-grandchildren.

A memorial service to celebrate his life will be held at 1 p.m., Monday, Sept. 27, at Elwood Baptist Church, 14778 OSR Midway, Texas 75852 with Reverend Glenn Connor officiating.