He was preceded in death by his mother, Mary; and his father-in-law, Dave Boyd.

Keith was a Palmyra High School graduate and University of Missouri graduate. He was also a member of the fraternity, Alpha Gamma Sigma, where he made many life-long friends. 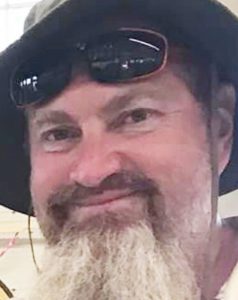 Keith was many things to many people. He was a hard worker, taking care of his land and family. He raised and showed cattle throughout his life and was proud of his Grand Champion Carcass Triplett Beef.

As much as farming was important to him, he would get out of his combine to be at his wife’s side or to surprise her with flowers on her dashboard. A loving dad, he attended all of his kids sporting events to cheer them on. He always put others first, often dropping everything to take care of his family’s needs.

He was a member of Fabius 4-H Club and Palmyra Young Farmers.

He enjoyed St. Louis Cardinals, Blues hockey, and of course ,Mizzou sports. His goofy red Cardinals hat, orange shirt, black and orange sunglasses, his little sayings, such as “Always running on Triplett time,” or his football chant “firstdown” followed by the crowd response “P-town!” will be remembered fondly by his family and friends.

Funeral services will begin at 10 a.m., Wednesday, Oct. 6, 2021, at the Funeral Chapel. Pastor Harold Long and Pastor DeWayne Larenson will officiate. Burial will follow at Bethel Baptist Cemetery in Palmyra.

Honorary pallbearers will be Janie Triplett, Alpha Gamma Sigma Pledge Class of  ‘88 and the Fabius community.

Friends and family are invited to Keith’s celebration of life. The visitation will be from 5 to 8 p.m., Tuesday, Oct. 5, at Lewis Brothers Funeral Chapel in Palmyra.

Memorials may be made to the family for his children’s education fund.