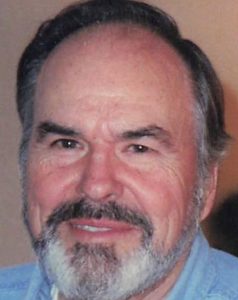 He was preceded in death by his father, Andrew; mother, Ella; brother, Elroy; and grandson, Zachariah Merkel and Nicholas Carter (Carol).

After graduating high school, Norm helped his parents’ truck farm for a short time before starting his career with MFA Plant Foods in Maryland Heights.

He served a tour of duty in Korea where he was awarded the bronze star. After his service, he returned to MFA as a shipping superintendent. It was here that he met his wife.

Norm moved his family to Palmyra, when MFA Plant Foods relocated their facility there in 1969. CF Industries built an ammonia terminal onsite, and Norm supervised that facility through MFA from 1978 until his retirement after 42 years of service with MFA.

Norman was a member of the VFW Post in Palmyra. He loved hunting, especially deer and quail. He enjoyed following his favorite sports teams. After retirement he purchased land and went back to his truck farming roots growing massive gardens and tending the land on his tractors. Folks came from miles around to purchase his berries.

He was a good man; a fair man; a believer in God almighty; a devoted husband and father. There just wasn’t much he couldn’t do or didn’t know. He will be greatly missed.

Inurnment will be in Grand View Burial Park Columbarium on Friday, Oct. 8, at 11 a.m., with full military honors.