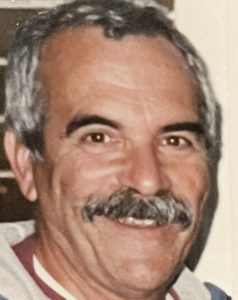 He was born Nov. 20, 1939, in Hannibal, Mo., to Edward and Danella Johnston Hampton. He married Judith Durham in 1959, and they later divorced.  He married Mary Ann Johanningmeier Morrell in 1976, and she survives.

He was a 1957 graduate of Palmyra High School and a 1961 graduate of Northeast Missouri State Teachers College.

Dan spent most of his professional life as a counselor with various agencies, including Mark Twain Mental Health Services, Hannibal Council on Alcohol and Drug Abuse and the Missouri Division of Alcohol and Drug Abuse. After retiring from counseling, he worked in the repair and restoration of furniture, specializing in antiques and pianos.