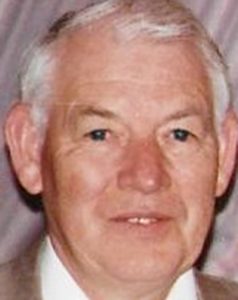 Chester was born Aug. 22, 1933, to Harry Lovejoy and Lula Madeline Lake Clark. He was married to Delores Bornman on July 3, 1970, at Trinity Church in Quincy, Ill.

Chester was preceded in death by his parents; one brother, Harry Clark Jr.; one sister, Jane Sterrett, and her husband, Wayne Sterrett; and and infant son. John Chester Clark.

Early in life, Chester owned and worked a farm, later choosing to rent it out.

He served his country in the United States Army during the Korean War era.

Chester was an electrical engineer for Motorola and Broadcast Electronics, both located in Quincy. He moved his family to Scottsdale, Ariz., for Motorola, where he worked on NASA projects with the Apollo program. He worked at Orscheln in Hannibal as a quality control agent for several years.

An intelligent man, whose mind was always looking for a solution, he invented and patented a special wheel chock with a gearbox for use on airplanes and trailers.

He was a “dowser” and was able to find locations, trails and trinkets of all kinds. Chester was the quintessential storyteller and could keep anyone entertained with the histories and subjects he loved to learn about.

Memorials may be made to the Alzheimer’s Association, or the Honor Flight.