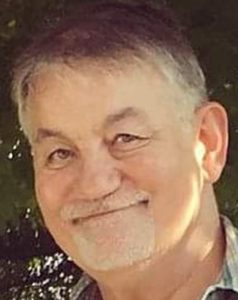 Mark joined the United States Army to serve his country, after which, he worked for the Veterans Administration in Columbia while achieving his bachelor of political science degree from MU. He then began a lifelong career with the United States Postal Service, serving in Columbia and Hazelwood, Mo. and Quincy, Ill., before working in Palmyra where he retired as postmaster in 2008.

An avid outdoorsman, Mark was thrilled to travel around the United States, checking out the scenery and hiking wherever his travels took him. A man of nature, he was drawn to the beauty of the outdoors.

He liked to be in the know with world events and would always stay up-to-date on political world scenes.

More than anything, Mark cherished his family and spending time with his kids and grandkids, never missing an important event in their lives.

A celebration service will be held at 11 a.m., Thursday, Dec. 30, at Lewis Brothers Funeral Chapel in Palmyra. A dinner will be held at Hall’s Hall following the service.

Friends and family are invited to a memorial gathering and life celebration that will be held from 10 a.m. until the time of service on Thursday, Dec. 30, at Lewis Brothers Funeral Chapel.

Memorials may be made to the family.