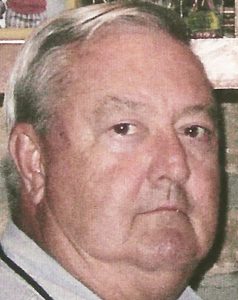 He was preceded in death by his parents; and one sister, Denise Hughes.

Rick worked in the lab as a chemist for American Cyanamid and then American Home Products, retiring after 27 years in 2005.

As a man whose soul could be nourished by the outdoors, his passions included fishing in Missouri’s lush waterways. Rick and Meri both loved to visit Wyaconda State Park, spending hours in the boat fishing and enjoying each other’s company. He enjoyed fishing on the Mississippi River and later as his kids grew up, they would all go crappie fishing at Mark Twain Lake.

Another favorite past time was spent tending to his garden and relishing the rewards with both family and friends. He was an avid life-time St. Louis Cardinals fan, and he often listened to the games while working in his garden.

Rick’s love of the sport also played out in his life as he not only played baseball and softball for many years, but he was also thrilled to watch his kids in the sport as well. An all-around fun-loving jokester, Rick will be missed by all those who knew him.

A memorial service will be held at 10:30 a.m., Monday, Jan. 10, at the Lewis Brothers Funeral Chapel in Palmyra. Pastor Marty Smyser will officiate. Burial will follow at Greenwood Cemetery in Palmyra.

Friends and family are invited to Rick’s life celebration at a visitation that will be from 10 a.m. until the time of service on Monday, Jan. 10, at Lewis Brothers Funeral Chapel.

Memorials may be made to Palmyra Athletic Boosters.