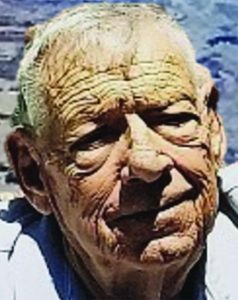 He was preceded in death by his parents; and sister, Carol Ruth Yazell.

Carl graduated from Palmyra High School in 1966, and Quincy Technical School with a degree in refrigeration in June 1966.

He moved to Lexington, Neb. in October 1969 and worked for Nebraska Natural Gas until 1981. He moved to Fort Collins, Colo. in August 1986 as a national sales trainer for United Laboratories until 1993. Carl was the owner of LLL Services until his retirement.

Having a hereditary kidney disease (PKD), he went on dialysis in October of 1997. On Oct. 5, 1998, his wife, Linda, gave him her kidney. Losing the kidney after two years, another transplant was done on Sept. 15, 2002, and was successful until time of death.

Carl had a zest for life and loved to be on the water, water skiing and fishing. He also loved snow skiing in Breckenridge. Spending time with his grandkids and great-grandkids gave him great joy.

He modeled Christian values and service and donated his time to numerous churches and Maranatha Bible Camp. Was an avid race car fan and was able to check Daytona off his bucket list.

Carl had a great sense of humor and a kind heart that touched people in many walks of life and gave them cherished memories.

Friends and family are invited to a life celebration at a visitation Saturday. Feb. 26, at 10 a.m. at Sunland Memorial Park, Sun City, with service to follow at 11 a.m.

Memorials may be made to Christ Community Church of Sun City.